Why NATO should build closer ties with the Middle East 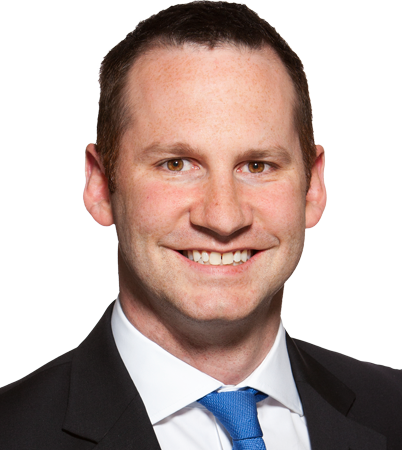 The leaders of the 30 NATO member countries this month met in Brussels for a major summit. It was the first top-level NATO gathering since the pandemic began and also the first since President Joe Biden entered the White House.
Understandably, Russia and China were at the top of the agenda. Moscow continues to flex its muscles in Eastern Europe, while carrying out a hybrid warfare campaign of cyberattacks and disinformation against many NATO members. The most recent example was a cyberattack on a major oil pipeline that impacted much of America’s eastern coastline. China’s alleged cover-up of the origins of the coronavirus disease pandemic has put Beijing in the spotlight.
However, largely absent from the NATO summit was any meaningful mention of the Middle East and North Africa (MENA). In the lengthy summit declaration, which ran 79 paragraphs long, the MENA region was buried at the end in paragraphs 74, 75 and 76.
NATO’s lack of focus on such an important region is puzzling. According to the 1949 North Atlantic Treaty, the alliance’s area of focus is “the North Atlantic area, north of the Tropic of Cancer.” Every country generally considered to be in the MENA region, minus Yemen, has territory north of the Tropic of Cancer — and therefore in NATO’s area of focus. Furthermore, history and recent events show that what happens in the region can quickly spill over into Europe.
There have also been three NATO military operations in the MENA region. Since 2004, the alliance has periodically carried out a small training operation in Iraq designed to improve the capabilities of the Iraqi military. Between 2009 and 2015, NATO led one of several international missions to combat piracy off the Horn of Africa, called Operation Ocean Shield. And in 2011, NATO enforced a no-fly zone over Libya. During this operation, Jordan, Qatar and the UAE provided aircraft and resources.
Whether it is regional terrorism emanating from extremist groups or the threat of nuclear proliferation in Iran, NATO member states share many of the same security concerns as the countries of the MENA region. Furthermore, many of the countries in this region have demonstrated a willingness to cooperate with NATO and have even contributed troops to NATO-led missions.
NATO already has structures in place to improve cooperation with partners in this part of the world, but it has done little to enhance these relationships in recent years. It carries out its cooperative security task with its southern partners through two mechanisms: The Mediterranean Dialogue and the Istanbul Cooperation Initiative.
Launched in 1994, the Mediterranean Dialogue forms the basis of NATO’s relations with its Mediterranean partners — Algeria, Egypt, Israel, Jordan, Mauritania, Morocco and Tunisia. Although the talks of the dialogue generally take place on a bilateral basis between NATO and one Mediterranean partner (NATO+1), on occasion this forum meets as NATO+7, placing Israel at the same table as some of its regional neighbors, where it would not otherwise be.
The Istanbul Cooperation Initiative, launched in 2004, currently forms the basis of NATO’s relations with the Gulf states. Although all six countries of the Gulf Cooperation Council were invited to join, only Bahrain, Kuwait, Qatar and the UAE have become participants so far.
So, as NATO leaders take stock of the recent summit in Brussels and prepare for the next summit in Spain in 2022, there are four quick steps the alliance can take to refocus on the MENA region.
Firstly, it needs to lay out a strategic vision for the MENA region. Over the course of the next year, NATO will be drafting a new Strategic Concept. This is the policy document occasionally published by the alliance to give its leaders and policymakers strategic guidance. NATO’s last Strategic Concept, published in 2010, is now woefully out of date. The MENA region barely gets a mention in the whole document. NATO should use this as an opportunity to enhance its focus on the region.
Secondly, NATO should appoint a special representative for the MENA region, where personal relationships are paramount. It should appoint a highly respected diplomat with knowledge of the region to be an enduring point of contact.
Thirdly, NATO should actively push to enlarge the memberships of the Mediterranean Dialogue and the Istanbul Cooperation Initiative. In particular, it should include countries where US and European blood and treasure have been invested, such as Iraq and Libya. The more cooperation, the better.

Finally, neither the Mediterranean Dialogue nor the Istanbul Cooperation Initiative has formally met during a NATO summit at the heads of government level. At next year’s summit, the alliance should emphasize the geopolitical importance of the MENA region by including high-level meetings for both groupings.
Partnership leads to interoperability, which helps to promote understanding and security. This is why cooperation between NATO and the countries of the MENA region is so important. As Iran becomes more of a destabilizing player in the region and transnational terrorism continues to plague the region, NATO should build solid and enduring relations with the friendly countries in the MENA region.