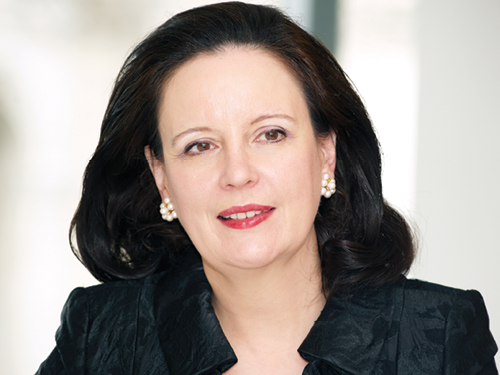 Why then does the G7 still matter? Firstly, its members are democracies that share a multitude of values. Secondly, the group is a good way to gauge the state of the world. Thirdly, the member countries propose important initiatives which can then be further developed by the G20. The communique, if nothing else, highlights a consensus by an important and very wealthy group of nations.

Last weekend’s summit at St. Ives showed all of the above. It was the first face-to-face meeting of global leaders since the outbreak of the coronavirus disease (COVID-19) pandemic.

The meeting dealt with the biggest issues of our time: The COVID-19 pandemic, building back the global economy after its worst recession since the Second World War, climate change and a myriad of other social and economic issues like global taxation for the world’s largest companies and equal access to education.

The summit was all about building back better, more sustainably, more fairly and more equitably as its host, UK Prime Minister Boris Johnson, never tired of pointing out.

The leaders emphasized that they would continue to support their economies for as long as it took, beyond the $12 trillion in stimulus that they had already shelled out, which stands in stark contrast to the calls for austerity after the financial crisis of 2008/2009.

As always, when you have several parties to a dialogue, not everybody gets everything they want. While the communique sets out that the G7 would provide 1 billion doses of COVID-19 vaccines to the developing world, what was actually pledged during the gathering fell short by more than 300 million doses. It also is much less than the 11 billion doses the World Health Organization estimates it will take to vaccinate the world.

On climate, the communique fell short on the commitment of the G7 environment ministers, which stipulated a timeframe for phasing out coal fired power. Instead, leaders reiterated the 1.5 C limit to global warming, achieving net-zero goals until 2050 by halving collective emissions over the next two decades and “supporting a green revolution.”

On Saturday night, Prince Charles made an impassioned plea for business and politics to come up with a global response to the climate crisis, similar to what we have seen during the pandemic. As a side note: While the climate enthusiasm among leaders was self-evident, the number of private planes justifiably required to get delegations to St. Ives and the impressive flyover by the Red Arrows had a whiff of “do as I say, but not as I do.”

It was inevitable for leaders to address their relationship with China, looking at the ground they had lost in economic terms since 1973. US President Joe Biden has a more nuanced approach toward the Middle Kingdom than his predecessor Donald Trump. Still, he does see China as one of the major threats on the world stage. European leaders share concerns about emerging Chinese dominance in supply chains and Beijing’s human right’s record. However, for some of them like Germany, China constitutes its second-largest export market just behind the US. This explains the hesitancy on the part of some Europeans to make bold statements. They are also less wary of the Belt and Road infrastructure project, because they too benefit from shorter overland connections to China. This prompted German Chancellor Angela Merkel to state that the task force created to spur infrastructure was less about being against something (China’s Belt and Road Initiative) than for something, referring to its focus on sustainability. French President Emmanuel Macron emphasised that the G7 as a group was not “hostile to China.”

All in all, no leader got everything they wanted, but all of them achieved a fair bit. What stood out was that the US was again ready to engage with its peers.

If anything, the benefit of the gathering was for some of the world’s wealthiest democracies to establish a common denominator which will serve as a solid ground for their positioning at the G20 next month, which is important to the world economy.