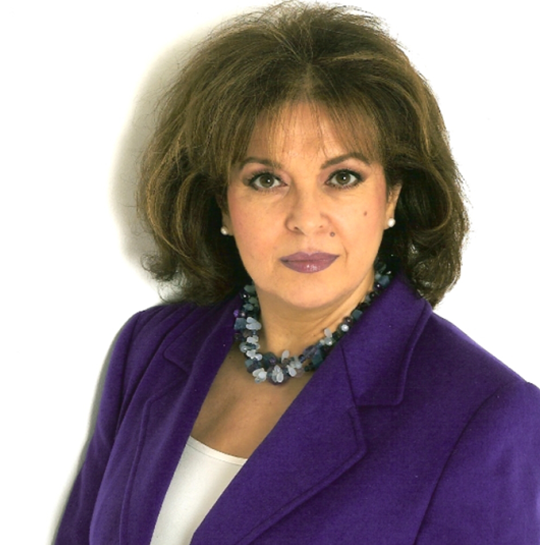 Asked in 2018 if he would advocate a “shoot to kill” policy against children breaching the Gaza border, Naftali Bennett retorted: “They are not children — they are terrorists.” During a Cabinet session, Bennett argued: “If you catch terrorists, you have to simply kill them.” When a colleague pointed out that such an approach was illegal, Bennett referred to his own time in the IDF: “I’ve killed lots of Arabs in my life — and there’s no problem with that!”

With Iran deploying its missiles and proxies throughout Syria, Lebanon and Iraq, and Israel launching airstrikes against Iranian targets, Bennett — who will become prime minister if Israel’s new coalition survives an initial parliamentary confidence vote — may preside over a regional war in the near future, at which point his enthusiasm for killing Arabs and Muslims may acquire fateful significance.

Benjamin Netanyahu may have overseen a grotesquely ugly regime in its ceaseless efforts to murder a two-state solution, but the mutant coalition potentially replacing him is an altogether more bizarre prospect, comprising eight parties from across Israel’s political spectrum. One of these factions is an Arab party, led by Mansour Abbas, who we can only hope will rapidly pull the plug if Bennett returns to his predilection for shooting Palestinian children.

Bennett’s extreme-right aspirations for annexing the West Bank often made Netanyahu look dovish. He celebrated Donald Trump’s 2016 victory by gloatingly predicting: “The era of a Palestinian state is over!” Bennett’s political bedfellow is Yair Lapid, a centrist who has taken care to cultivate himself as a “security hawk.” A few brief months ago Bennett swore never to share power with Lapid and Abbas. Now, if all goes to plan, Lapid will succeed Bennett as prime minister after two years, which is why many grassroots supporters of these figures are now denouncing them all as traitors and opportunists for countenancing such an alliance.

After 15 years as prime minister, if Netanyahu genuinely has been defeated, this is the end of an era — and never has there been a more deserving candidate for imprisonment on corruption charges. That Netanyahu held his country hostage for two years, forced four senseless rounds of back-to-back elections, and killed off a whole succession of Cabinet-forming initiatives purely to evade jail adds an additional level of poetic justice to his belated downfall. The readiness of former allies such as Bennet, Avigdor Lieberman, Gideon Saar, and Ayelet Shaked to act together to dethrone him is testament to what a toxic figure Netanyahu became, even on the far right of the political spectrum.

Following the bloodshed of recent weeks, the terrible legacy of Netanyahu’s years of self-serving misrule have become all too obvious. By killing off all avenues to a just peace, while seeking to slowly strangle the Palestinians out of existence, he has made such explosions of anger inevitable — not just inside the giant prisons of Gaza and the West Bank, but inside Israeli cities, where mobs of deranged settlers took to the streets with the intention of tearing Arab citizens to pieces.

The 20 percent of Israelis with Arab citizenship were once relatively reconciled to life within an Israeli state. This consensus has been fatally undermined by a succession of hard-right leaders who rendered non-Jews second-class citizens, along with racist attacks and media demonization. That an Arab party played a decisive role in ousting Netanyahu has opened eyes to their power when non-Jewish minorities act together. This mobilization of Arab activism is a sweetly ironic component of Netanyahu’s legacy, particularly with demographics remorselessly trending in favor of Arabs and other minorities.

Israeli journalists predict that the ousting of Netanyahu’s ultra-Orthodox stablemates will loosen these factions’ pincer-like grip on the state, allowing for secular and progressive voices to argue that Israel has spent the past 20 years traveling in an erroneous, dangerous direction toward pariah statehood. There has been a conspicuous exodus of wealthy figures from Israel, despairing at the ceaseless turmoil and fearing that their luxury Tel Aviv homes were sitting ducks for Hamas and Hezbollah missiles because of Netanyahu and Bennett’s indefinite deferral of a peace solution.

It is glaringly obvious that there must be a credible path to peace, but never have we been more bereft of capable leaders. We have a Palestinian leadership that has eroded any semblance of democratic legitimacy, Western leaderships hoping to focus their attentions as far from the Middle East as possible, and an Israeli coalition likely to disintegrate at the first whiff of political crisis, under a prime minister who argues that “the era of negotiations is over.” If we are to achieve Arafat’s “peace of the brave,” there must be intensified efforts to find courageous, far-sighted leaders ready to do everything it takes to bring lasting stability and justice to the region.

Israel is meanwhile losing the global battle for public opinion. Never before has there been greater readiness in the US and the West to voice criticism of Israel, with Democrats in the US Congress questioning whether it is tenable to continue bestowing billions of dollars upon a state engaged in illegal occupation, ethnic cleansing and apartheid. If Western publics continue to watch Israeli bombs murdering Palestinian children on the evening TV news, then it is merely a question of when the dam breaks and Israel finds itself alone on the world stage.

By selecting as prime minister an extreme-right politician who sees nothing wrong with the mass murder and expulsion of Arab citizens, Israel only brings the moment closer when it no longer has sympathetic allies to shield it at the Security Council and other international bodies. As moderate Israelis warn: Bennett’s fanatical aspirations for an aggressively expansionist, monolithically Jewish state risk sowing the seeds of Israel’s demise.