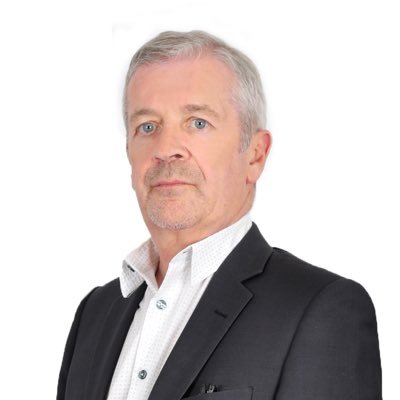 Global stock markets — the Saudi Tadawul included — suffered a surge of panic last week on the fear of higher inflation.

The main US indices, the S&P 500 and the Nasdaq, lost a couple of percentage points, with the former turning in its worst one-day performance since February. The Riyadh index continued to show the weakness it has displayed since the middle of last month, albeit after a very strong year.

I wrote here a couple of weeks ago how I believe inflation is a toothless threat, certainly not a sinister factor as it has been perceived in the past.

Despite the recent market wobbles, I’m inclined to stick to that view. A little bit of inflation is a good thing in the aftermath of the economic collapse we saw last year, and only to be expected as the recovery accelerates.

Nonetheless, the figure announced for US consumer price inflation in April — a jump of 4.2 percent over the same month last year — was a significant increase, and enough to compound the market jitters.

But put that in some perspective. In April 2020, prices were plummeting everywhere around the world as the impact of the pandemic took hold. All commodity prices were in freefall, not least global oil prices, which memorably went negative in the course of the month.

One year on, that picture is, thankfully, very different, and not just in oil, where Brent crude has doubled since the April lows — a direct input to the inflation statistics.

All commodities have been soaring since the first signs of impending economic recovery became apparent, adding directly to manufacturing and consumer costs.

For example, lumber — old-fashioned wood — has increased in price by more than 400 percent since the depths of last year’s crisis as the construction industry gears up for growth.

So, a jump in inflation in April was not unexpected, and the point was well made by officials of the US Federal Reserve, who urged patience and caution on global markets, advising that the inflation curve would smooth itself out as growth gathered pace. That is the confident expectation.

That financial markets effectively decided to ignore those wise words and indulge in a minor sell-off anyway probably tells you more about the psychology of those markets than about inflation fears.

Global equities — but especially the big US technology stocks — have been riding high for most of the past year, pumped up by the monetary and fiscal stimulus packages rolled out by Trump and greatly enhanced by President Joe Biden.

You could argue that a little correction was long overdue anyway, and that investors would want to take a breather, and some profits, before the next stage of the post-pandemic liftoff.

One threat to this generally benign view comes from the Fed itself. If US policymakers become sufficiently jittery over perceived inflation threats, there might be a temptation to increase interest rates to prevent the “overheating” of the economy, as Treasury Secretary Janet Yellen warned recently. For an economy now used to living on the historically low cost of borrowing, a rise in interest rates would probably be more damaging than higher inflation.

Saudi Arabia and other Gulf economies are, to some degree, spectators on the sidelines of the great inflation debate. With dollar bags, interest rate decisions are largely outside regional policymakers’ control, while inflation appears to be well under control.

In fact, certain parts of the regional economy — Dubai property prices, for example — could probably do with a bit of reflation after the doldrums of recent years.

The optimistic, and probably also realistic, view is that the April inflationary surge will probably be only a “bump on the road” to economic recovery, as the Fed said.

But, in so far as it will elicit a response from policymakers and markets, the next round of figures will merit close attention.