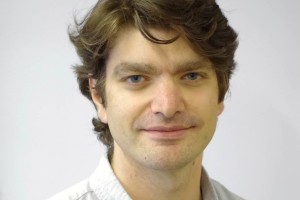 The scientist in charge of France’s vaccine rollout, Alain Fischer, must sometimes feel like Sisyphus forever rolling his boulder up the hill. After months of patiently working to win over a doubting public’s acceptance of the groundbreaking mRNA vaccines from Pfizer Inc. and Moderna Inc., he’s now fighting to convince French doctors to offer AstraZeneca Plc’s more traditional shot to their patients.

Resistance runs deep even as doses pile up, more data about efficacy emerges and President Emmanuel Macron along with other European Union leaders frantically tries to speed up inoculations.

The challenge isn’t dispelling kooky theories about vaccination’s side effects or effectiveness, but the more complex informed skepticism that leads to damaging “comparison shopping.” One doctor took to social media to criticize AstraZeneca’s less spectacular clinical efficacy levels of 62% compared to Pfizer and Moderna’s 95%, and its apparent weakness against variants, and said he’d “wait” before offering it.

Even some nurses, seen as an ideal target audience for the shot, say they’d rather hold out for Pfizer — the “Rolls-Royce” of vaccines, in their view — instead of AstraZeneca, presumably the Renault in this metaphor.

Fischer’s response has been to patiently explain that AstraZeneca’s shot is in no way a “bargain-basement” vaccine, and to cite encouraging real-world data that’s piling up from the UK, where low vaccine hesitancy, ambitious inoculation goals and weeks of grueling lockdown have led to a rollout that puts most of the EU to shame. Europe isn’t exactly swimming in shots and doesn’t have the luxury to start picking and choosing vaccines based on ideal efficacy percentages, especially given it needs at least seven months to vaccinate 70% of adults.

Still, the damage has been done: Only 15% of France’s 1.7 million AstraZeneca doses have been administered. It’s a similar story in Germany, with low take-up from the public and medical personnel.

It’s worth trying to understand how we got here and how to fix this mess: Not just for the EU but for the world, as more vaccines similar to AstraZeneca’s — like Johnson & Johnson’s, which may also be perceived as a “runner-up” — start being rolled out. Any fresh delays will only benefit Covid-19 and new emerging variants.

Part of the confusion in AstraZeneca’s case stems from a string of setbacks involving clinical data: An initial announcement of 90% efficacy last year turned out to only cover a small number of people given the wrong dosage. Last month a relatively small trial in South Africa revealed the shot showed only 10% efficacy against the B.1.3.5.1 variant.

Real-world studies gauging its impact as it’s rolled out obviously help, but lingering questions over the clinical trial data are partly why the US hasn’t even approved AstraZeneca yet, unlike the EU. So better, more transparent studies will help.

There’s also probably been too much politics and not enough pragmatism. In the UK, where Health Secretary Matt Hancock models himself on the pandemic disaster movie “Contagion,” bold bets on vaccines have paid off — but promoting its success as some sort of Brexit victory also led some patients to snub rival vaccines for the “English" one.

Meanwhile, in France and Germany, where the cinematic equivalent might be the arthouse movie, the opposite has happened: Caution over AstraZeneca’s data easily fell into exaggeration when Macron said the shot was "quasi-ineffective" for over-65s. It’s a misconception that’s stuck even as he’s walked it back and Fischer debunked it. On Monday France’s health agency lifted its age limit on the AstraZeneca shot from 65 to 75 years for patients with comorbidities.

Communication, key in the heat of any public health crisis, has been poor. Perhaps EU politicians should have echoed Canada’s government, which eloquently pointed out that the benefits of being vaccinated outweighed the risks of not getting the shot. If we are in a race against variants, it makes more sense to jab now than to jab not.

One idea might be to change the inoculation strategy if positive messaging on these vaccines isn’t cutting through to their current target audience. Estonia and Slovakia, for example, worked through their AstraZeneca supply by offering it to frontline workers and teachers.

If nothing improves uptake while Pfizer and Moderna deliveries ramp up, then it’s time to do the right thing and share the doses with the developing world, where countries are being forced to wait for scraps as the rich world hoards vaccines. Maybe the risk of sacrificing supply, and the sight of doses leaving the region, is what it will really take to get Europeans to wake up to how lucky they are. If not, this boulder risks rolling downhill a few more times.