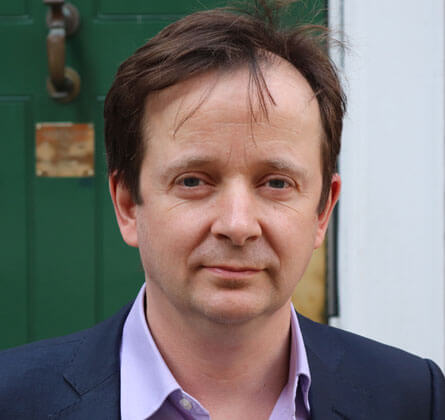 As Joe Biden reacquaints himself with the layout of the White House, he faces perhaps the greatest domestic challenges any incoming US president has ever confronted. But, farther afield, he and his team will be painfully aware of the rebuilding job that needs to be carried out on the US’ image internationally. Allies and foes alike have noted the tumult that has engulfed the country and its dire handling of the coronavirus pandemic.
French Finance Minister Bruno Le Maire typified the cautious European welcome for Biden when he said: “Looking at (the US Capitol attack) and the riots in many US cities, there is a risk of American society being split and the American administration not being in a situation to assume its worldwide responsibilities.”
All of this is highlighted in a survey of 15,000 people in 11 European countries that was conducted at the end of last year for the European Council on Foreign Relations. Remember this was before the events of Jan. 6 and the desecration of America’s democratic heart. While it indicates views about both Donald Trump’s record and the expectations of Biden, it also signals some alarming outlooks on the future of the country.
The US’ image has taken a battering and, while part of that may be down to Trump, the first president to be impeached twice, much of it also revolves around the image of the American political system as being broken. Sixty percent of those polled shared that view. When rioters from extreme right-wing groups and conspiracy theory wackos from QAnon take over the Capitol, it does not encourage a sense of stability. Neither does the way in which even the results of the election were contested viciously when all the evidence showed that Biden had won fairly and squarely in November.
The headline findings of the survey showed that half would want Europe to be neutral in any confrontation between the US and China. Regarding Russia, the maximum level of support was 40 percent in any US-Russian showdown.
Trump never attempted to win over Europe. He disliked the EU, was pro-Brexit and tended to rage against the European powers for just expecting the US to provide them with security for free. This last view is not unique to Trump and European leaders will have to carry more of the defense burden within NATO.
China is boosted by this. US decline means an earlier rise to the top for China, with a majority of Europeans believing it will be more powerful than America within a decade. This raises many questions, not least how Europeans might wish to see their countries position themselves between the two superpowers, with many believing they should be neutral. Biden may, therefore, have his work cut out if he wants to take on China with European backing.
Moreover, two-thirds of those polled believe that Europe must start investing more in its own defense. This rises to 74 percent in Britain, hitherto the US’ leading partner in Europe, especially in the military and security domain. In France and Germany, only 10 percent felt they needed an American security guarantee, which — particularly for Germany — has been at the heart of their posture since the Second World War. States closer to Russia are more nervous, not least Poland, where 44 percent wanted the US insurance.
This has significant ramifications for Europe’s future too. Its collective military capabilities are fair but, without the US, a major ramping up of investment would be required to reach military independence. European powers have been reluctant to enter into conflicts without the US to back them up, as in Libya in 2011, because of the advanced capabilities the US is able to deploy. It may be that European political leaders will have no choice but to make the case more effectively to their skeptical publics as to just why America still matters for their security.
However, persuading electorates to shift to a more anti-China bent may be more challenging, as many Europeans do not view Beijing as such a massive threat as, say, the Soviet Union once was. They seem to prefer to lull China back into the rules-based system with a collaborative stance rather than direct confrontation.
There is continuity in European views, which may surprise. It is easy to think this is all the fallout of four testing years of Trump. But this underplays an increasing sense that Europeans no longer see the US as a reliable partner that can be counted on; something that has been on the rise for a while. The 9/11 wars, especially in Iraq, no doubt played a significant role in this. The US political scene is so polarized that one president joins a climate accord, only for the next to duck out and the next to rejoin it. The same may happen over the Iran nuclear accord and arms control treaties. It does not make for a stable relationship.
Europeans see the US as a power on the wane. Back in the 1990s, after the end of the Cold War, the US was a hegemon able to shape world events. This no longer appears to be the case. It is influential, but a broken system means it is losing out to other powers. Many Europeans fear a country that could elect an isolationist Trump in 2016 and where 74 million voters still opted for him in November. That election showed that the Trump phenomenon was no flash in the pan that can be erased in an instant.

Many Europeans crave a more independent role that prioritizes their interests and develops the capabilities to deliver them. This leaves European leaders with a deep dilemma on how to fulfill such ambitions. The European economies have been battered by the pandemic and the absence of a clear, unified continental approach means a concerted strategy that EU states can buy into will be nigh on impossible to achieve.
Biden can ease these pressures to an extent. Europeans, for the most part, welcomed his victory, but half do not believe that he can fix America’s problems. He is not disliked, though perhaps not loved yet either. The US and Europe can work together and will be stronger by doing so. Yet what Europeans fear is that it may be four years of sunshine followed by another four years of gloom; a president committed to working with his allies followed by another who is isolationist and promotes an America-alone approach. Gone are the days when the transatlantic alliance was bathed in certainties. It will have to be renewed and both sides will face tough choices.