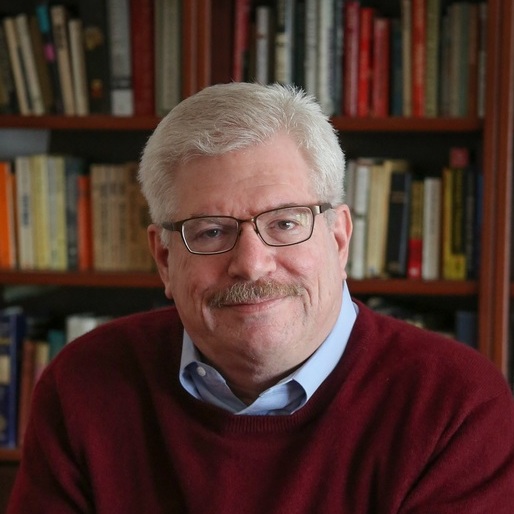 Coast to coast and around the world, sighs of relief could be heard after the Trump administration threw in the towel, more or less, on its refusal to allow President-elect Joe Biden to begin the presidential transition.

But with nearly two months until Biden can formally take over on January 20, it’s too soon to breathe easy. Trump still has all the powers of federal leadership in his hands. He’s been showing in recent days and weeks that he’s not shy about using them.

When it comes to environmental and health care policy in particular, he’s been doing so with unparalleled malevolence.

As my colleague Doyle McManus reports, much of Trump’s last-minute policymaking appears aimed at bequeathing Biden a scorched-earth economic landscape. This would be perfectly in character for Trump, whose approach to governing always seemed to be guided by animus toward the Obama-Biden administration.

Trump’s broader policymaking seems to be motivated by something else — pure malevolence toward the needy and the natural world.

In some respects it evokes Samuel Taylor Coleridge’s perception of the “motiveless malignity” of Shakespeare’s Iago. To be fair, however Iago did have a motive for attacking Othello. Trump also may have a motive for his environmental policies — enriching timber companies and the oil and gas industry, despoliation of the environment being merely collateral damage.

Outside those categories, however, Trump’s recent decisions will have the effect of disrupting America’s national security for reasons that are impossible to detect, except perhaps vengefulness.

On Nov. 17 he fired Chris Krebs, the cybersecurity chief of the Department of Homeland Security. Krebs’ assertion that the election had been free of voter fraud contradicted Trump’s claim that “massive improprieties and fraud” had led to his defeat.

Last weekend, Trump formalised the US withdrawal from the Open Skies Treaty, a 1992 pact between Russia and Western nations designed to keep cooler heads in charge when the two sides conduct reconnaissance flights over each others’ territories.

Trump went further than withdrawal — he took steps to mothball two specially equipped planes that conduct the oversight sorties. That would make it harder for Biden to revive the treaty, though experts say he can cancel the decommissioning upon taking office.

Changes in environmental policy, health care and the social safety net could have more far-reaching and immediate impact on millions of Americans. Before taking them in turn, let’s recall the history of the lengthy interregnum between outgoing and incoming administrations.

Until the 20th Amendment went into effect in 1937, Inauguration Day was March 4 (or March 5 if the official date fell on a Sunday).

On two occasions, the gap caused more than inconvenience. The delay in Abraham Lincoln’s inauguration allowed Southern secession to begin to unfold without a firm hand in the White House (though the attack on Fort Sumter, generally viewed as the start of the Civil War, did not begin until April 12).

In the period between Franklin D. Roosevelt’s election on November 8, 1932, and his swearing-in on March 4, 1933, the Great Depression gathered steam. The financial sector was especially hard-hit, with the lights in banks all over the country blinking out without an effective policy response from the Herbert Hoover White House.

During that time Hoover repeatedly attempted to get FDR to endorse his own economic policies, many of which would have hamstrung FDR’s efforts. FDR flatly refused, informing Hoover that as long as he remained president, he would have to address the crisis without FDR’s assent.

The 20th Amendment, which set the turnover of administrations at noon on January 20, had already been ratified, but wasn’t effective until after Roosevelt’s first inauguration.

That leaves Trump with plenty of scope for mischief, or worse.

We reported earlier on Trump’s haste to issue leases allowing oil and gas exploration in Alaska’s Arctic National Wildlife Refuge before he leaves office. Biden could make good on his pledge to protect the reserve from development unless the Trump administration has already issued leases, which would be hard to unwind.

The administration has also weakened environmental protections across the board in only the last few weeks. On Nov. 16, the Department of Agriculture finalised a rule change that lowers restrictions on commercial activities in national forests.

“The forest service just granted itself a free pass to increase commercial logging and roadbuilding across our national forests under the guise of restoration,” as Randi Spivak, public lands director at the Center for Biological Diversity, put it.

One day later, the administration released a final environmental impact statement supporting its decision to weaken the Endangered Species Act, which has been a special target of Interior Secretary David Bernhardt, a former lobbyist for natural resources developers often stymied by the act.

In this case, the administration sought to invalidate protections for the greater sage grouse so the bird’s habitat can be opened for fracking and oil drilling in California and six other Western states.

On health care, Trump has continued to steam ahead with regulations that will accomplish nothing but complicating the management of Medicaid, the nation’s most important public health programme, and threaten coverage for millions of enrollees.

On November 4, the Department of Health and Human Services issued a proposed rule that would cause most HHS regulations to expire automatically without “a time-consuming assessment and review,” as Jessica Schubel of the Center on Budget and Policy Priorities observed.

If it’s finalised, Schubel noted, the rule would “divert key resources from responding to COVID-19; wreak havoc on the administration of Medicaid, Medicare, the marketplaces, and other HHS programmes; and potentially seriously harm millions of people.”

HHS estimates that anywhere between 2,500 and 12,400 rules would have to be reexamined in the next two years if its proposal is made final, at a cost of some $26 million over a decade.

The administration, which as we’ve reported has avoided no opportunity to undermine Medicaid, has also implemented a rule that effectively overturns a congressional guarantee that COVID-19 testing, immunisation and treatment will be covered for Medicaid members.

The rule requires state Medicaid programmes to reexamine the enrolment eligibility of millions of enrollees. It also excludes thousands of enrollees — those entitled to limited coverage such as some pregnant women — from coverage of COVID-19 testing and treatment costs.

That could happen even though that coverage was guaranteed by the Families First Coronavirus Response Act, the first COVID-19 relief act passed by Congress and signed by Trump in March.

To have the requalification process “kick in during the middle of a pandemic is insane, and exactly what the FFCRA said can’t happen,” says Sara Rosenbaum, a health policy expert at George Washington University. “They’ve concocted this policy out of whole cloth.”

That’s just a taste of all the actions that are making this lame-duck administration one of the lamest ducks in history.