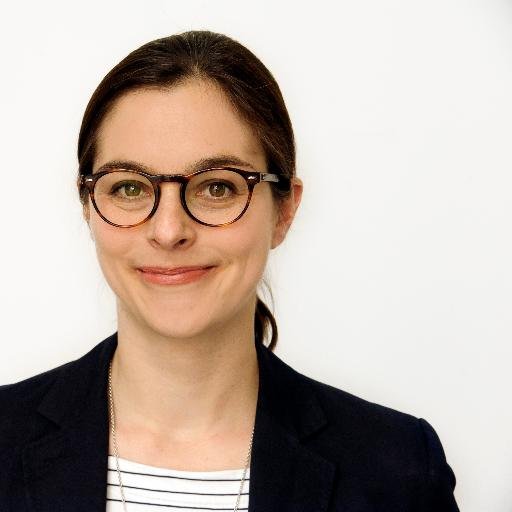 Germany is no longer playing nice with Russia.

In the past few weeks, Germany has helped to rescue Russia’s main opposition leader, Aleksei Navalny, and accused Moscow of poisoning him; rolled out the red carpet for Svetlana Tikhanovskaya, the Belarusian opposition leader who tried to topple one of Russia’s satellite regimes; and accused the country of state-orchestrated murder on German territory. And if that wasn’t enough, it’s pushing for sanctions on Russian officials.

It all seems to add up to something close to a confrontation — and a decisive move away from Germany’s decades-old approach, which sought to gently coax Russia into a more productive relationship. Is Germany turning against Russia? Or should the antagonism of the past weeks not be taken too seriously?

That longtime approach, known as “Wandel durch Annäherung” (“change through rapprochement”) and developed in the 1960s to ease Cold War tensions, was straightforward. If Germany helped to improve the economy and civil society in Russia, it would modernize and become more democratic and cooperative. Close economic ties would lessen the risk of armed conflict and give Germany political leverage.

The strategy held for decades. As recently as 2008, the foreign minister — Frank-Walter Steinmeier, today the president of Germany — heralded a “Modernization Partnership” promoting the “great goal” of a “European peace order stretching from the Atlantic to Vladivostok.” It would be, he said, “for the common benefit of the people in Russia, Germany and the whole of Europe.”

But as President Vladimir Putin turned to revisionist nationalism and tightened his authoritarian grip on his country, the policy began to look a lot less effective. Russia’s invasion of Crimea in 2014 and its cyberattack on Germany’s Parliament a year later deeply damaged relations. Russia has since sown disinformation across Europe, intervened in Syria and fueled the conflict in Libya.

With each rogue act, the mantra of “change through rapprochement” sounded increasingly hollow: To many, proponents look naïve or ideological (or worse). And among Germany’s politicians, disillusionment and anger are growing — not least for Chancellor Angela Merkel, whose visit to Navalny’s hospital bed was an uncharacteristically bold demonstration of her feelings.

So Germany’s newly confrontational style should not come as a complete surprise. “Navalny’s poisoning has certainly been a catalyst,” Liana Fix, the program director for international affairs at the Körber-Stiftung Foundation, told me. Far from marking a new departure in Germany’s approach to Russia, Ms. Fix said, the reaction to the poisoning of Navalny simply laid bare how corroded the relationship has become.

But longstanding foreign policy traditions do not end just like that. Change through rapprochement is still sacred in some parts of the Social Democratic Party and in many states in eastern Germany. Many German businesses, not least those who cater to Eastern European and Central Asian markets, are also strongly in favor of maintaining good relations with Russia — as are the more business-focused sections of the Christian Democratic Union.

In truth, Germany is split over how to approach Russia. In the past weeks, more hawkish voices took the lead. But the country is not upending its relationship with Russia — at least not yet.

Nowhere is that clearer than in the debate over the Nord Stream 2 gas pipeline. A nearly completed $11 billion project stretching from the Russian coast near St. Petersburg to Germany, the project is a monument to the special relationship between the two countries. Yet internationally, the project is roundly opposed.

For the United States and most European countries, it’s another egregious effort to expand Russian influence. For Ukraine and Germany’s eastern European neighbors, it hands Russia dangerous means to exert control over the region’s energy supply.

In Germany itself, skepticism about the project had been building for some time. When Navalny was poisoned, it came rushing to the surface. Heiko Maas, the foreign minister, appeared to call the project into question, saying he “hoped that Russia doesn’t force us to change our stance toward Nord Stream 2.” It was the first time a cabinet member had spoken out against it. Far from issuing a rebuke, Chancellor Angela Merkel supported the comment.

But that’s as far as it went. The government looks to have backed down, and the project is proceeding. Though Nord Stream 2 could be stopped, the risks would be substantial. First, there’d likely be a retaliatory, and costly, lawsuit. Then there’s the inevitable political fallout. But perhaps most important, stopping Nord Stream 2 would be a clear, unequivocal signal that Germany had turned against Russia.

Instead, for now, Germany is seeking the support of its European partners. On Monday, the European Union’s foreign ministers approved the proposal, put forth by Germany and France, to impose sanctions on Russian officials suspected of poisoning Navalny. Turning the conflict into a European issue is a smart move. It is Putin’s aim to split the European Union; this is a chance for Europe to respond with one voice.

But Germany won’t be able to backpedal all the way. The confrontation may have progressed too far already: Putin is unlikely to forget, or forgive, the actions of the past weeks. And as Russia confronts the coronavirus at home and conflicts among its neighbors, there’s no guessing what might come next. Germany ought to be prepared — and know how it will respond.