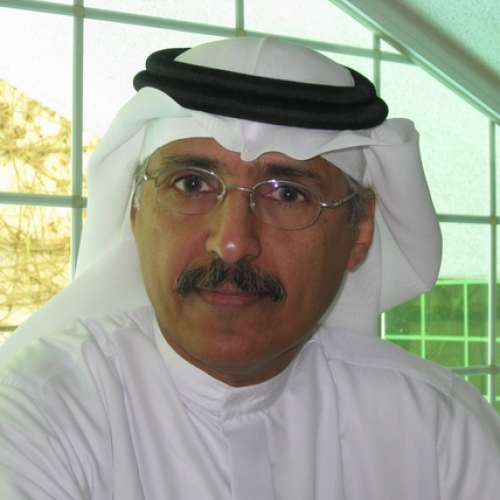 Foreign Policy magazine this month ran a provocative piece titled, “The End of Hope in the Middle East,” which concluded that the region “has always had problems — but it’s now almost past the point of recovery.”
Author Steven Cook, from the Council on Foreign Relations, justified his pessimistic outlook by pointing out that the region “has become a dystopia marked by violence, resurgent authoritarianism, economic dislocation, and regional conflict, with no clear way out.”
The article fits into a long tradition of dystopian pronouncements about the Middle East. After all, the best-known apocalyptic view about the end of the world came from our region. There are similar dystopian traditions in the West and elsewhere, and numerous books, films, songs and works of art that have pronounced the end of the world, the end of “Western civilization,” the end of Europe or the end of America, only to be proven wrong every time. So far.
Cook’s piece is more nuanced and well-argued than many of those works, but it is also just as gloomy and inaccurate.
While attaching greater weight to internal factors, Cook correctly points to another source of despair: How different powers have disturbed the delicate balance that existed in the region until recently. He mentions the “Russians in Syria and Libya, the Turks in the same two countries, or Iran in Syria, Lebanon, and Yemen.” He also mentions the destabilizing role that the US has, at times, unwittingly played. One clear example is the 2003 invasion of Iraq, which was waged against the advice of its Gulf partners.
Cook also appears critical of the “permissive international environment” that has tolerated and even aided sources of destabilization in the region.
He correctly identifies several internal and external sources of Middle Eastern instability and deprivation, but then gives up on how to deal with them. Losing hope dangerously denies the people of the region the agency to change their current predicament, as they have done many times before.
This region has lived through tougher times than the present situation and survived. There have been high peaks and very deep troughs during its 6,000-year recorded history, from cruel wars to disease and devastating natural disasters. During those millennia, the region beat all others to the invention of writing, the alphabet, agriculture and many other innovations that we take for granted today. It was the birthplace of great religions that are followed by most people around the globe today. The Middle East and North Africa region is today home to nearly 600 million people, mostly young. It is rich with diverse and vibrant cultures, and is endowed with more than its share of natural resources. It is unlikely that such resilient people are going to succumb to hopelessness and die, as Cook seems to suggest at times.
During the past 1,000 years, the region has managed to beat and survive multiple attacks, which at the time seemed like they might be fatal. Between the 11th and 13th centuries, it faced and defeated fanatical Crusaders from the West. During the following two centuries, it was overrun by marauding hordes from the East, who controlled much of the region and destroyed whole cities. Then there were the waves of colonial powers, which until recently dominated political and economic life in the region.
But the Middle East survived. No matter how dark things look now, they are not as dark as matters looked during the Crusades or when Genghis Khan’s hordes attacked. Nor is the region as seemingly hopeless as it was during the time of colonial rule by successive foreign powers. This region has shown great resilience and has been able to rebound after every shock and thrive.

Read More: Towards the New Way of Life in Lebanon!

During its darkest hours, the Middle East has never reached the bottomless depths of the European experience of endless wars and destruction that culminated in the most destructive wars in human history, the First and Second World Wars. Just as Europe was able to pull itself back together against crippling odds, so can the Middle East.
Losing hope, as Cook suggests we should do, means that we stop searching for a way out. In indirect ways, Cook implies that the failures are innate, could not be helped, and it is futile to search for the causes of and any ways out of the current morass affecting the Middle East.
However, giving up is not an option for the people who live in this region. In almost every conflict that he cites in his article, it is possible to point out the precise causes and a clear timeline of the missteps and mistakes that were made by internal and external powers. In nearly every conflict, the international community has, in one way or another, prescribed a plausible and equitable solution. It is also possible, in most conflicts, to identify the spoilers who have obstructed those solutions.

Leaving the Middle East alone to deal with its problems should not be an option for outsiders either. Continued instability in this region, which straddles many trade routes, negatively affects the rest of the world. That it is rich in energy sources highlights its essential role in global prosperity. The 600-million-strong population of this region, with its growing needs and spending habits, could represent a thriving market. It could also provide the manpower for business and industry once stability is restored.

Cook cited Libya as evidence for hopelessness and despair, but in recent weeks and days the Libyans have been proving him wrong. They ceased fighting and began in earnest a process toward peace and reconciliation. Other parts of the Middle East could follow suit, as the formulas for success have been identified for nearly every other conflict. The international community should play a supporting role and deal with the spoilers effectively.