After the horror, the loss, the destruction, we are left with the unquenchable anger: Those entrusted with protecting and advancing Lebanon have yet again brought about its destruction. One light in this relentless darkness has been French President Emmanuel President Macron’s visit to demonstrate solidarity with Lebanese citizens, in tandem with a comprehensive range of French efforts to provide support.
“France will never give up on Lebanon,” the president declared; what a pity other world leaders have not followed his example in making the pilgrimage to Beirut.
One of the reasons for Lebanon’s renowned cultural vibrancy is the decades of French influence; reinforcing the momentous value we place on education and possessing an enlightened worldview, along with the continued widespread use of the French language. I personally cherish the warm welcome we encountered as refugees in Paris when we fled the Lebanese civil war; Parisians went out of their way to make us feel at home and help us rebuild our shattered lives.
Macron received a comparably warm welcome in Beirut because his arrival was a poignant reminder of everything Lebanon has lost over the past decade: The relaxed, globalized, cosmopolitan Lebanon, which the black, austere shadow of Hezbollah and Iran has strived so hard to snuff out. In the jungle of Middle Eastern terrorism, conflicts, militancy and instability, Lebanon at its best thrived as a flourishing oasis of tranquility and prosperity.
How could Messrs. Berri, Aoun and Diab look President Macron in the eye, knowing that they personify the disease-ridden symptoms of the terminal sickness that has afflicted this blighted nation: The corruption, the cronyism, the collusion with hostile foreign states — bleeding every penny of the state coffers dry and then jostling for position to cream off the reconstruction funds following last week’s carnage.

Lebanon’s citizens are sickened and disgusted by these parasites. “I guarantee you this — aid will not go to corrupt hands,” Macron promised angry and distressed people on Beirut’s streets. “We will not write a blank cheque to a government that enjoys no confidence from its people,” he declared, demanding that Beirut elites radically improve their performance and embark on reforms: “Political leaders must hold themselves to higher standards.”
“M. Macron, liberate us from Hezbollah,” the crowds chanted, and “Revolution! Revolution!” — delighted that after months of screaming into the wilderness, finally somebody was paying attention.
“I will talk to all political forces to ask them for a new pact. I am here today to propose a new political pact to them,” Macron declared. Such language is music to our ears, but the president must bring other world leaders on board with his plans, because these warlords will not relinquish their sources of profit without a fight.
What should such a pact include? There are three fundamental demands necessary to relaunch Lebanon as a viable state, able to reopen its doors to the world.
First, the constitution must be rewritten to abolish the hated and discredited sectarian voting system, and sectarianism itself, which have served only to divide Lebanon and entrench corrupt political dynasties in power.
Second, just as Syria was banished from Lebanon after 2005, Iran must cease its attempts to dominate Lebanon and face tough sanctions for further meddling.
Third, while Hezbollah may continue to exist as a purely political entity, it must fully disarm and cease taking funds from foreign sources. Its only loyalty must be to Lebanon. Hezbollah must stop behaving like a mafia and interfering in other nations.
Yes, these demands are radical, but they are the bare minimum necessary to prevent Lebanon falling into the abyss, and burdening the world with yet another failed state, exporting refugees, terrorism and chaos.
It is welcome that Macron has joined calls for an independent investigation. With the government dominated by Hezbollah, there is otherwise scant hope for answers to how a port effectively under Hezbollah’s control had for six years stockpiled 2,700 tons of explosives capable of destroying half the capital. With tens of thousands of citizens having witnessed loved ones killed and maimed, nobody will accept a conclusion that this was an unfortunate tragedy, with no one to blame except a few expendable port officials.
There are already tens of thousands of signatures on a petition calling for the restoration of Lebanon as a French protectorate. It is easy to laugh at such an initiative, but I and most Lebanese citizens would a thousand times over prefer being Western colonial subjects to drowning under the theocratic despotism of Iran and Hezbollah. We should not be choosing between either of these terrible options — Lebanon must regain its sovereignty and independence.
I was deeply moved by the voice of one grieving woman: “No. I won’t rebuild. Let them come and rebuild! We are sick of rebuilding.” This vividly brought back my own memories of the civil war period: Rebuilding. Rebuilding. Rebuilding, over and over again; until eventually the Israelis arrived and comprehensively destroyed everything that remained traumatic hours when I came so close to losing my two precious daughters.
Macron’s international summit will be an important opportunity to coordinate the global response, but Lebanon has seen so many conferences and UN resolutions. The challenge will be for Macron to take the summit conclusions and force through rapid and far-reaching implementation. If he succeeds in this, he will win the undying love and respect of all Lebanese citizens.
Macron ended his press conference by declaring: “I love you Lebanon” echoing the words of Lebanon’s greatest treasure, Fairouz, in her song “Bhebak Ya Lebnan.”
If only Beirut’s leaders harbored these same sentiments for their own nation, and put national interests before their own, then Lebanon’s future prospects would look infinitely less bleak. We love you too, M. Macron! 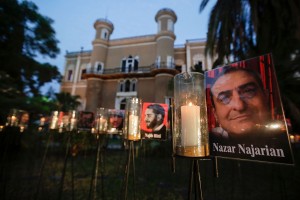 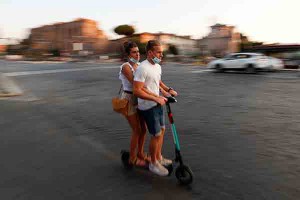